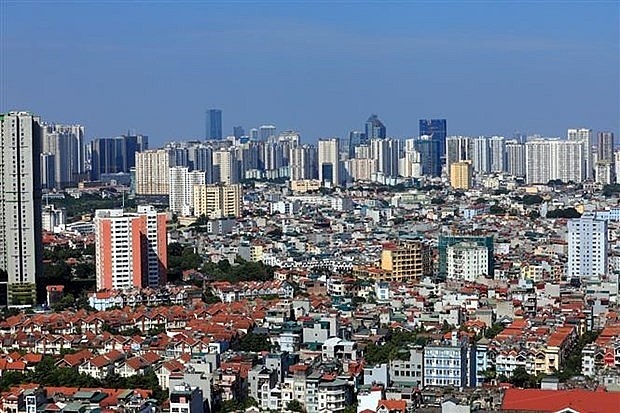 As the narrowing of capital sources into real estate creates difficulties for project implementation as well as for homebuyers, breakthrough policies are required to open up capital and revive the market.

Speaking at the Vietnam Real Estate Conference 2022 last week in Ho Chi Minh City, Dinh Minh Tuan, regional director for the South at batdongsan.com.vn, said that in Q4, the city only had about 300 apartments on sale, with the consumption rate at less than 25 per cent.

“This has been the quarter with the lowest apartment transaction rate in the last five years, despite the end of the year usually being the hottest time for the market,” Tuan said.

According to the Ministry of Construction, there are currently more than 1,000 projects with legal problems that have not been implemented, causing a drop in supply. By the end of the third quarter, the whole country had just over 100 projects in progress, while around 60 commercial housing projects were completed – half of the same period last year.

According to Le Hoang Chau of the Ho Chi Minh City Real Estate Association, legal issues are the biggest culprit, accounting for 70 per cent of delays in real estate projects.

Vietnamese legislators are currently looking to update the Law on Land, which is hoped to come into effect in 2023. While waiting for revised laws to arise, the business community requests that the government shorten the time for administrative proceedings.

“Currently, a project needs 3-5 years to finish all administrative procedures. This is too long, and businesses lose their opportunities and costs increase,” Chau said.

Many businesses believe that along with building a synchronous legal system, it is also necessary to develop a standard process on investment procedures for urban and commercial housing projects.

Simultaneously, enterprises also requested the government to allow a pilot to allow investors to transfer all or part of a project when they obtain a certificate or decision on land allocation or land lease in order to help restart long-delayed projects.

Specifically, Novaland has issued attractive incentives including giving an interior package of VND1.5 billion ($63,300) to its customers in Aqua City, a smart eco-urban area east of Ho Chi Minh City.

In Thu Duc city, Saigon Construction JSC, the investor of the Salto Residence project, also offers an incentive for buyers in which they pay only 40 per cent of the unit’s value to receive the house. The remainder will be sponsored by the bank, with a loan grace period of zero interest for 30 months.

Elsewhere, Phuc Dat Production and Trade has offered an unprecedented policy in which anyone who buys two units or more at Phuc Dat Connect 2, located in Binh Duong city, will be gifted with 1,000 sq.m of land in Gia Lai province.

In Hanoi, the developer of Hanoi Melody Residences in Hoang Mai district offers a discount of over 30 per cent for buyers who pay 95 per cent of the unit value upfront.